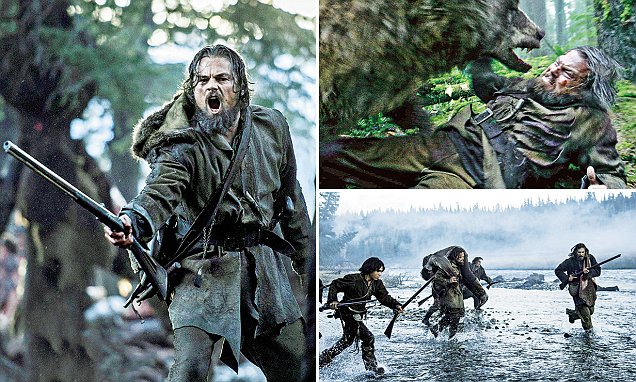 The 88th Academy Awards are going to be held soon and everyone is really excited about it. After all, the Oscars is the mother of all awards and every artist would want to win one at least. Also, it is generally said that the ones who win at other award shows like the BAFTA, SAG, Golden Globes, etc. are favorites to take home an Oscar too. Well, but you never know when the jury of the Academy Awards throws in a surprise.

If they do manage to shock us with their winners, then no one will be as disappointed as Leonardo DiCaprio. Yes, the actor has taken home the Best Actor award at almost every award function this year, and will be heartbroken if he misses out on an Oscar. The film for which Leo won is The Revenant. His performance was highly appreciated and once the movie was out everyone claimed that the actor would win a lot of awards for it. In fact, when the trailer released, a lot of jokes were made on how Leo has even been mauled a bear and now he truly deserves an Oscar. This is because he plays the role of American explorer, Hugh Glass. The man is left to die after he is attacked by a bear as his team no longer wants to look after him. The rest of the movie is based on the struggles he faces in order to survive in the wild.

Besides Leo, the movie stars Tom Hardy, Domhnall Gleeson, and Will Poulter. While Tom Hardy’s last big film was Mad Max: Fury Road, Domhnall Gleeson featured in Ex Machina and Brooklyn. Will Poulter is best known for his role in the Maze Runner films. Besides the stellar star cast, the other selling point of this Oscar-nominated movie is the director. Alejandro González Iñárritu has helmed this project and the director has given us movies like Birdman, Babel, 21 Grams and Babel. In fact, Alejandro won an Oscar for Birdman.

Talking about the Oscar nominations, The Revenant has bagged more than just the Best Actor one. The movie is nominated for Best Film and Alejandro González Iñárritu stands another chance to win another Oscar for the Best Director. Apart from these, the film also has several other nominations. So, you can also expect Tom Hardy to pick up an Award for the movie. While fans wouldn’t mind if the movie didn’t win big, they would be highly disappointed if Leo misses out. The actor has given remarkable performances in the past but has never managed to win one.