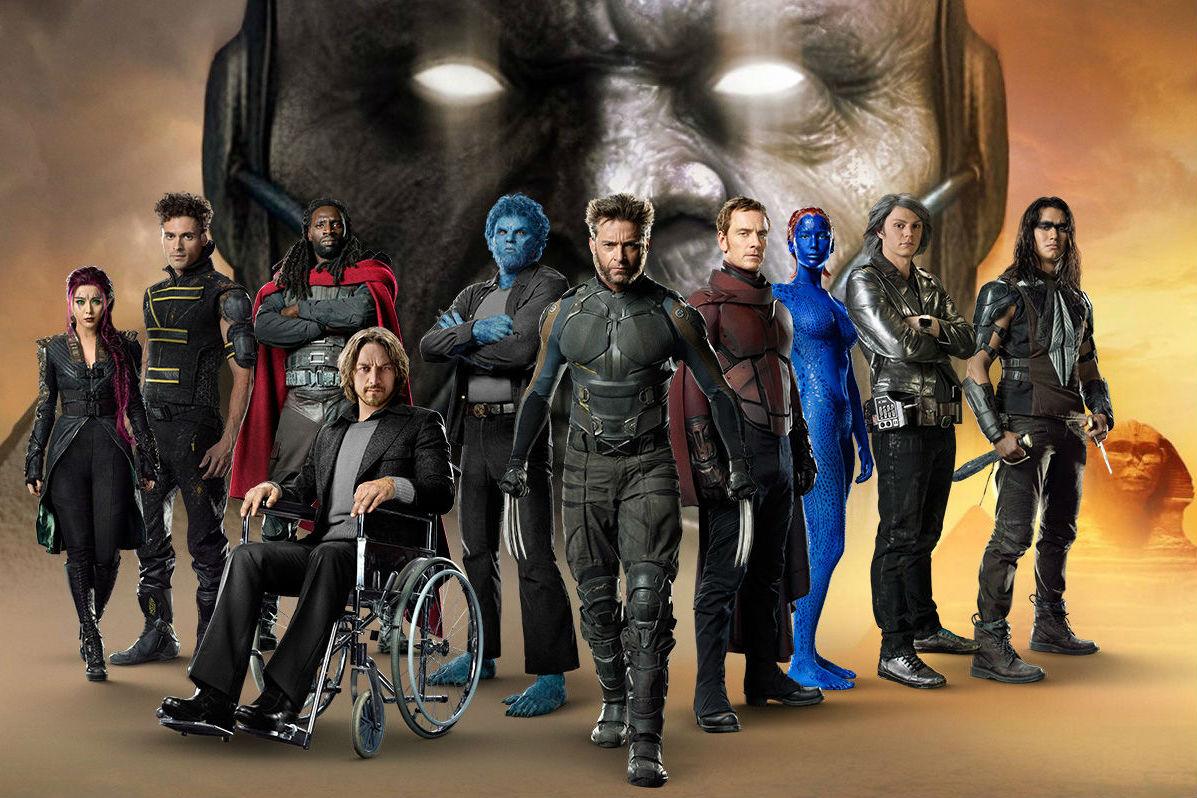 Bryan Singer made his triumphant return to the X-Men franchise with 2014’sDays of Future Past, and swiftly followed up by signing onto the next film in Fox’s series.

His X-Men: Apocalypse will see a cast of old and new mutant faces going up against a classic villain from the comics, one that’s arguably their greatest and most deadly foe.

Here’s everything you need to know to get up to speed on the return of Marvel’s merry mutants.

The core cast of characters from X-Men: Days of Future Past are coming back – that’s Jennifer Lawrence as Mystique, Michael Fassbender as Magneto, James McAvoy as Charles Xavier (with a newly shaven head) and Nicholas Hoult as Beast – but we’ll also be seeing a number of new faces stepping into familiar roles.

While a bunch of classic X-Men from the original three films are coming back, they have been recast with much younger actors. These include Game of Thrones’ Sophie Turner as Jean Grey (saving Fox big bucks on red wigs), Tye Sheridan as long-time team leader Cyclops, Alexandra Shipp as the weather-controlling Storm in her mohawk/punk era (a thing that actually happened), EastEnders’ Ben Hardy as Angel and Kodi Smit-McPhee as the teleporter Nightcrawler.

Newcomers include Star Wars: The Force Awakens’ Oscar Isaac as Apocalypse, The Newsroom’s Olivia Munn as psychic ninja Psylocke (we know she technically had a cameo in The Last Stand, but it was too terrible to count), Icelandic actor Tómas Lemarquis as Apocalypse’s bloodhound Caliban and newcomer Lana Condor as Jubilee, best remembered as the annoying kid from the ’90s cartoon.

Other returning faces include American Horror Story’s Evans Peters, back to steal the show again as Quicksilver, Spy’s Rose Byrne bringing the exposition in her role as Moira MacTaggert following her X-Men: First Class mindwipe, and Lucas Till as Havok aka the guy with the blasty chest that you definitely remember.

The film’s titular villain is an ancient, immortal mutant obsessed with his race’s survival, and judging that he goes by the motto ‘survival of the fittest’, you’d be right in guessing that he doesn’t favour peaceful resistance against mankind. He was born in Ancient Egypt, and despite enhancing his already impressive powers with alien technology, still had his arse handed to him intermittently across the centuries.

The story will see Apocalypse (otherwise known as En Sabah Nur, ‘The First One’) – a chap who claims to be inspiration for gods from across history, including the Biblical – waking up in the modern world (well, 1983) after thousands of years in stasis. He doesn’t like what he sees, so he sets about putting things ‘right’ in a suitably apocalyptic fashion.

Apocalypse is typically assisted by four ‘Horsemen’ who he enhances with creepy powers and sometimes goes as far as brainwashing to do his bidding. His four chosen servants in the film will be Angel (who he famously transforms into Archangel) and Psylocke as well as two surprising choices – the normally straight-down-the-line hero Storm, and Magneto, who we suppose has some philosophy in common with the villain.

The initial revelation of Isaac’s costume received both derision and comparisons to Power Rangers villain Ivan Ooze, but – mercifully – the purple levels have been turned down significantly for the trailer.

Mystique may traditionally be a villain, but Fox would be fools not to take full advantage of Jennifer Lawrence’s ever-growing superstardom in the last film they have her on contract for, especially after under-using her in Days of Future Past.

The studio clearly knows that they’re lucky to have her, as early synopses indicated that the shapeshifting mutant will be putting aside her uncertain loyalties to lead the X-Men against Apocalypse. In the trailer she can be seen giving a stirring speech to her new teammates, no less.

Early reports claimed that a Mystique and Magneto romance would be “front and centre” in the film, but with Fassbender more recently saying that his character is found trying to live a normal life in Poland with a new love before teaming up with Apocalypse, we’re not sure how much space there could be left for romantic relations between the two.

​It was hinted at in the previous film, and now Evan Peters has confirmed that his character will be on the trail of his dad (spoiler: his dad is Magneto).

“My character is searching for his father and wants to find him,” said Peters.

“It starts there and then he jumps on the X-Men train and gets sucked up in this whole Apocalypse madness. He tries to stop him from destroying the world.”

We’re keeping our fingers crossed that they don’t sent him off before the final showdown this time. Cos that would be weird, wouldn’t it, Fox?

Singer will allegedly be working in a Hugh Jackman/Wolverine cameo (though after the conclusion of Days of Future Past we can’t quite see how). but there’s no indication that Ian McKellen, Anna Paquin, Famke Janssen and co will be putting in an appearance.

As far as we can tell, a visit by Patrick Stewart to the Montreal set was nothing more than him stopping to say hi while in town. Sorry.

Singer has mentioned several times that Apocalypse marks the end of a trilogy that began inFirst Class and continued through Days of Future Past.

More recently, he promised that it would be “wrapping up” the six Fox films that he launched with 2000’s X-Men, giving a nod to X2 and the universally hated Last Stand. Sorry, Wolverine films – you don’t even get a look-in.

What this ‘wrap up’ means for the future of the franchise is uncertain at this point, but Fox has at one point or another promised X-Force and New Mutants films and TV shows for X-Men, Legionand Hellfire.

Brace yourself – it’s going to be a long one

Singer has also said that X-Men: Apocalypse is “going to be a longer X-Men movie”, exceeding the two hours he tends to aim for.