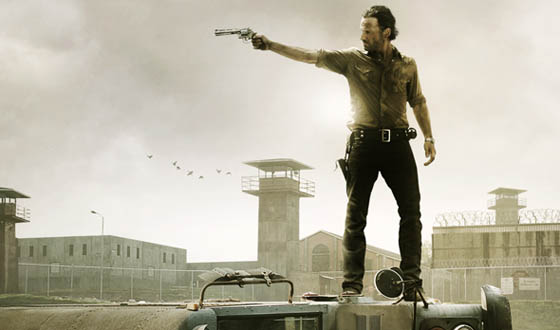 Who would have thought that a show about the zombie apocalypse would draw fans and fanatics worldwide, and continue to break records not only for the AMC network, but for the industry. The hit television show, The Walking Dead, is the television show that everyone is talking about lately and the popularity continues to grow. Now in its third season, the show starring lead man Rick Grimes, is gaining more ground as the ratings continue to rise. The television show is in its mid-season break, and is set to pick up again this February 10th where we can expect a huge turnout.

Season 3 of The Walking Dead has now grown to 16 episodes, which is more than the first and second seasons. The third season of the show is proving to be a huge success for AMC and demonstrates that a story even about a zombie apocalypse can break records and compete with the big networks. The first 8 episodes have aired thus far and the numbers are astounding. During the first half of season 3 the show averaged 10.09 million viewers that easily surpasses that of the first two seasons. In fact, there were 5 episodes out the 8 which broke the ten million viewer mark. The season premiere, “Seed”, had 10.87 million viewers making it the most watched in cable history for a drama series. This is something that AMC probably never expected or even dreamed about.

There are more and more people talking about not only season 3 of The Walking Dead, but the show in general. The second half of the third season is getting ready to pick up again this February and we have time for AMC and for the show to break even more ratings records. On February 10th the episode, “The Suicide King”, begins where the adventure left off after the mid-season finale. Since there are 8 episodes left in season 3 this leaves plenty of time for more records to be broken and more hype to develop not only in the US, but worldwide.