Neal Caffrey (Matt Bomer) is our show’s slick star, a world-renowned art thief and master forger who, under unfortunate circumstances, now works for the FBI. Suspected of many art crimes and forgeries all over the world, he was only ever convicted of one – bond forgery – by Special Agent Peter Burke (Tim DeKay) Neal’s one true foil. After escaping prison with only 3 months left of his sentence, Neal is caught once again by Peter, and sentenced for another 4 years. But when Neal unexpectedly helps Peter crack open a big forgery case, Peter agrees to Neal’s request to be released under Peter’s supervision as a Confidential Informant (CI), with a safeguard of a GPS-powered tracking anklet that allows Neal a FBI-defined-generous 2 mile radius. And so, Neal becomes a member of the agency that was on his trail for years, and his life has turned around, assisting the men he evaded for years to catch the likes of criminals who followed in Caffrey’s legend of a legacy.

Throughout the series, we see that though it is Peter who caught him the first time, and in the pilot catches him once more, Peter and Neal’s relationship is unlike any other friendship, and though they don’t initially realize it, each will have the other’s back when push comes to shove. Neal also comes to realize that, if given a chance to escape everything for “one last score,” his new life, and all the people he has come to know and care for, may not be something he can give up so easily.

The show revolves around Neal’s central conflict of this should-I-shouldn’t-I idea of returning to crime, or really turning his life around and continuing to work for the FBI, where he has a strong impact, regardless of how much he opposes it. Where Peter acts as Neal’s angel on one shoulder, telling him to stick to the righteous path, Neal’s devil on the shoulder is portrayed by the lovable Mozzie. Not necessarily evil, Mozzie sticks to his beliefs that the way of the con man is his, and Neal’s, true calling, and at a certain point, they have to realize this and give up the current pseudo-life of good that they are leading. However, though he is a part of the Bureau, that doesn’t stop Neal from continuing with his old conning ways, whether it be for the benefit of the Bureau, or to aid himself in whatever questions he needs answered.

From the very first con that Neal pulls in the pilot, I was already on his side and rooting him on to escape the cuffs of the FBI. Of course, had that happened, there would be no series, and my summer would have consisted of a lot less television watching. But I digress. Even as he gets caught again, he’s calm and collected, and you as a viewer know he’s up to something at any given moment. It’s this element of his persona that keeps every other character on the show a bit reluctant to trust him, because he may be all smiles, but he is, after all, a con man, and he smiles for a living. However, it’s also this aspect to his character that is his greatest asset, especially to the FBI, as his no-gun, silver-tongue methods allow him to get out of danger’s grasp more often than one would give him credit for. Aliases and deception can get you so far, but it always helps to have Special Agent Peter Burke and the FBI as backup for you when an operation goes awry, and the suspect finds out that Neal is not, say, Nick Halden, or Steve Tabernackle.

Speaking of backup, Neal’s ace in the hole isn’t the FBI. Though not much is revealed about Neal’s past, we speculate that he started from scratch, working up from nothing, we learn that he got his true start in grand scheming upon meeting his then accomplice and now close friend, Mozzie (Willie Garson). Also known as Dante Havisham, or simply Mozz, he is self-described as the “brains behind the brains.”

A curious label, as he seems to be the exact opposite of Neal, the quirkiness to Neal’s charm, the bumbling disposition to Neal’s charming suave. Regardless of all these traits, as well as being overly paranoid about, well, everything, Mozzie is one of Neal’s greatest assets and allies, and without question will help Neal without a moments notice. On top of that, Mozzie provides us, the viewers, with endless moments of quirky humor, and we often get to see him in action, showing us viewers that he is as smart and well-versed as Mr. Caffrey himself, if not smarter – Neal has been taught everything he knows by Mozzie, of course.

Ultimately, through 2 and half seasons thus far, the writers have done a tremendous job in displaying a change in Neal’s mentality and feelings towards his newfound FBI life. Characters such as Peter’s wife (Tiffany Theissen), and the ladies in his life that he does not want to lose, he continues to struggle with the choice of staying or running, and each season finale is bigger and better than the last. Currently in the middle of its third season, White Collar has been top-notch from pilot to end, executing cliff-hangers in unexpected ways that don’t seem trite or awkwardly placed.

I implore anyone who enjoys a well-written, smart comedy-drama series to watch White Collar. The plot consistency is great, and the tie-ins to earlier episodes, old characters, twists and turns and ridiculous cons throughout, coupled with a solid, well-thought and highly capable cast, Neal Caffrey’s FBI life serves as thorough entertainment, and produces a solid, smart, well-written series. 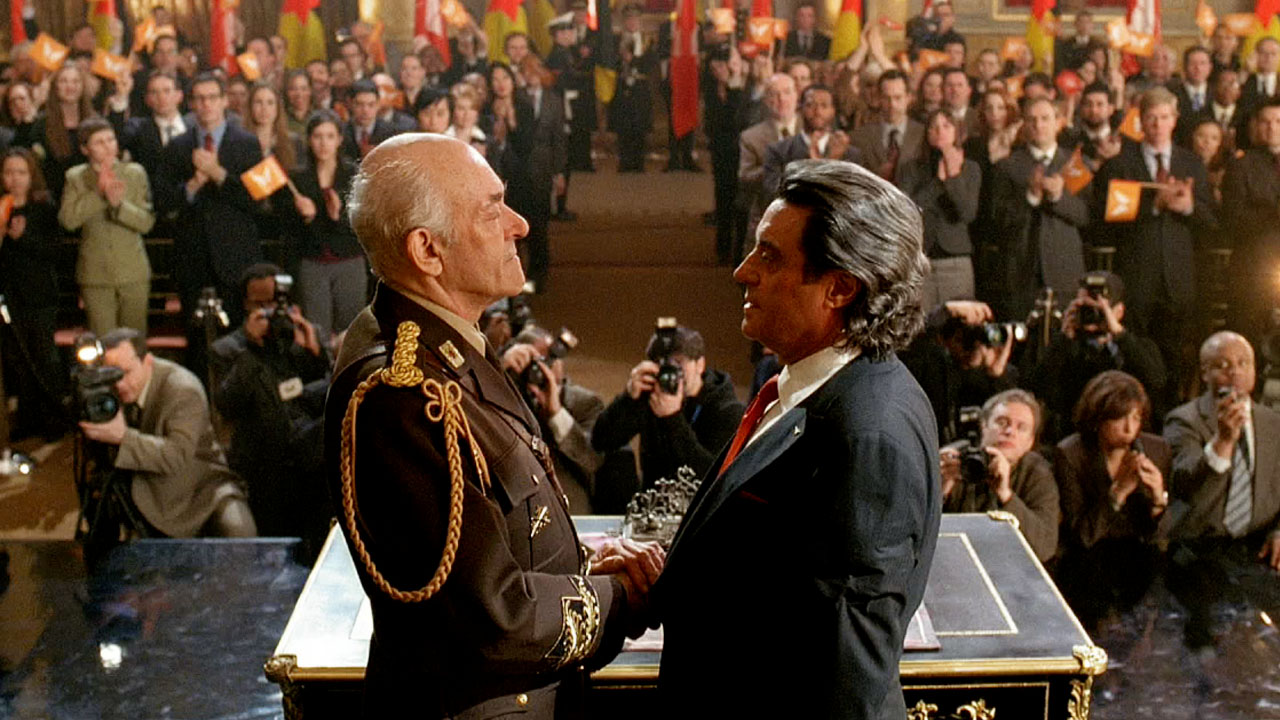