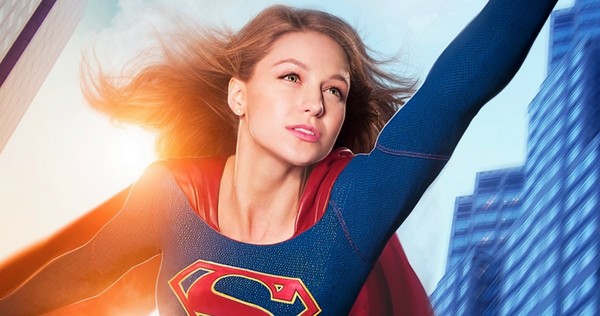 Fox has the Batman-ish Gotham. The CW is currently busy with Arrow and The Flash, with the spinoff Legends of Tomorrow coming in the new year. And now CBS will be home to the latest TV incarnation of a DC superhero, as Supergirl is here to kick some ass and take names, as well as coffee orders, since she’s also got a day job. I had my initial doubts, but Supergirl is a pretty good time on the small screen.

For a superhero show to work, you’ve got to have a solid actor or actress in the lead, and Glee vet Melissa Benoist is positively charming as Kara Danvers née Zor-El. This is a superhero who is almost always smiling and trying to see the good in the world around her, even though it isn’t her original home, and works as almost a polar opposite to some of the darker comic book stories out there. Not that cheeriness is always needed, but it’s nice sometimes.

Kara is living in National City, having landed here as a young teenager. She was originally meant to watch over her cousin Kal-El, otherwise known as Superman, but there were some problems and she didn’t get here until after he was already an icon. And so she kept her identity hidden and eventually took up a job at the media conglomerate CatCo, run by Calista Flockhart’s Cat Grant. Kara’s only an assistant, despite her unique abilities, but she still keeps her good nature at the ready. Her coworkers include Jeremy Jordan’s techie Winn Schott and Mehcad Brooks’ new recruit Jimmy, er, James Olsen, a former Daily Planet photographer whose former relationship with Superman plays into how he and Kara interact.

Then there’s Kara’s sister Alex, who is the Danvers’ biological child and knows about Kara’s powers. She is a science-headed doctor working for ex-CIA biggie Hank “possible future Cyborg” Henshaw at his Department of Extra-Normal Operations. He’s interested in all things “super,” and even though Kara doesn’t know it initially, she has eyes on her from all sides. This is a solid launching point for the series to take things in a more dramatic and plot-heavy direction.

The pilot itself isn’t as super-strong as it could be, although it lays out potential in droves. We get a lot of talk about Superman as “my cousin,” and even witness abrief glimpse or two, although only in ambiguous forms. The episode’s villain is an alien muscleman who does nothing to service the plot, but does allow audiences to see seeds of what the special effects team is capable of, as does the plane scene (from the trailer). The episode also shows us that even though Kryptonite isn’t involved here, Supergirl is not an invincible character, especially now that she’s just getting into the role of a hero. She may not bruise like most people, but she definitely gets punched like them.