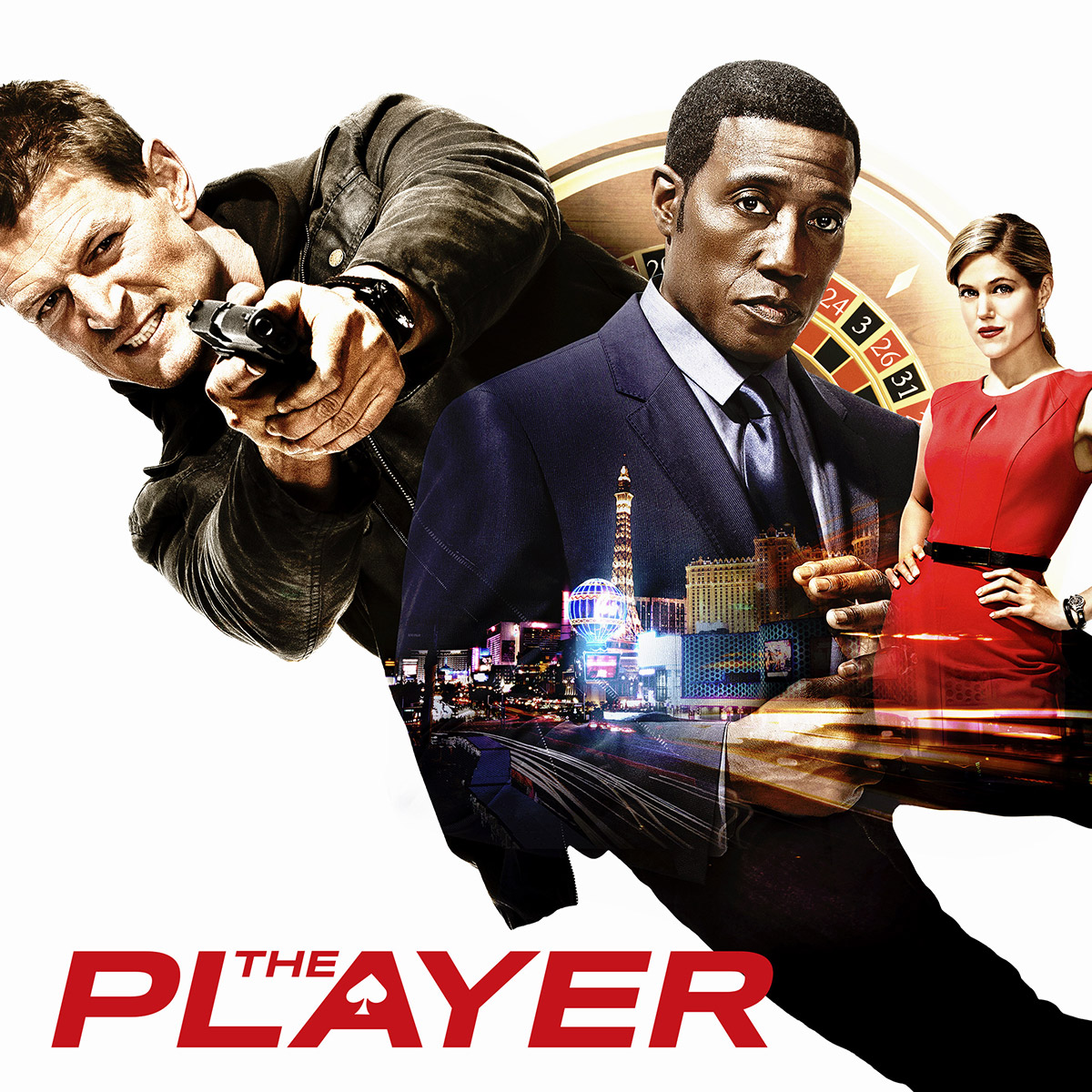 There are some TV shows you can find yourself watching knowing they’re bad, yet something about them keeps you gazing at the screen. In the case of The Player, that allure is rather easy to pinpoint. Philip Winchester is the Player — that is, he plays Alex Kane, the ruggedly handsome, well-muscled central figure in this cheerfully absurd adventure series.

The premise, in case you haven’t been watching and judging from the ratings it’s pretty likely you’re not: Kane works with a Las Vegas organization headed by Wesley Snipes’ Mr. Johnson that predicts crimes before they happen, and a clientele of wealthy bettors who put up cash based on whether or not Alex can solve the crime before the bad guys.

In this effort, Alex and Johnson — who refers to himself as the “pit boss” — are aided by a “dealer” named Cassandra (the shimmering Charity Wakefield, and am I the only person in the country who has seen her in both this piffle and PBS’ Wolf Hall?). Cassandra presides over a vast, Vegas-poor-taste-decorated control-room filled with gigantic computer screens. A tech wizard, she taps into cameras all over the country, guiding Alex through danger remotely (sample example of her voice, in his earpiece: “Alex, someone’s in the kitchen with a gun — move!”). She also keeps track of the ever-shifting odds for or against Alex winning each week’s crime-case “bet.” But mostly, Cassandra is there to purr in a British accent and move quickly across the control room in tight outfits — in this, she’s a 2015 update of Diana Rigg in the old Avengers TV series.