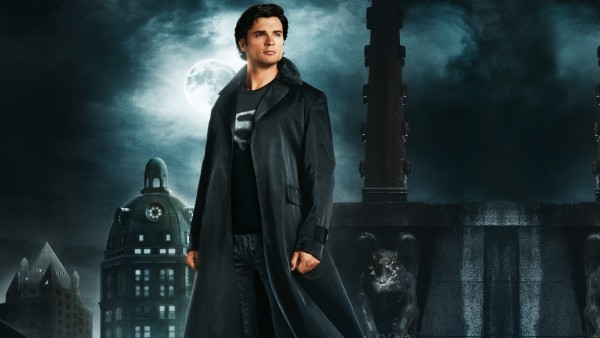 Smallville is a tale of a Superman legend. It has traditional characters and a blend of act and expressive depth to reveal the mythology. The theme of a Superman thriller drama has joined the long list of renewed shows. The show follows adventures of Clark Kent residing in the fictional town of Smallville, before he turns out to be Superman. The initial four seasons featured Clark along with his friends in high school years.

Oliver has been the Superhero, but with no distinct role to play as a rescuer of earth. He becomes sad. Lois tries to cheer him up and brings him to a five-year re-union at Smartville High School. Clark and Blur try to make their ego fall by hiding. Lois had attended classes for just five days, but still she tries her best to make her fellow classmates remember her. Chloe and Lana are famous even when both have never attended their five classes. There are a few flashbacks of Chloe and Lana to recall. The first season boy conveys a message to Lois for Clark… “Thanks for setting me straight, bud!

Brainiac comes from the future. Brainiac shows that Clark was not responsible for the death of Jonathan Kent. He also shows Clark his future with Lois and helps him sustain his Superhero image. He realizes his future and adopts traditional glasses and suit. Clark is even rescuing Lois in a helicopter, when she takes a sudden dive. Brainiac again shows Clark busy taking a nuclear threat in 2017. Brainiac also makes him realize that how Clark has never been a good friend to Oliver and was available to Oliver in time of need. Hence, while returning to the present, the first task for Clark’s is to show his morale support to Oliver, while Oliver actually turns the tables with an interviewer.

At the end, he proceeds to tell Lois about his future secrets. However, he ends up asking her for a dance and floats her off the ground when she is unaware of it. May be there is more to see, the Clark’s inner darkness?