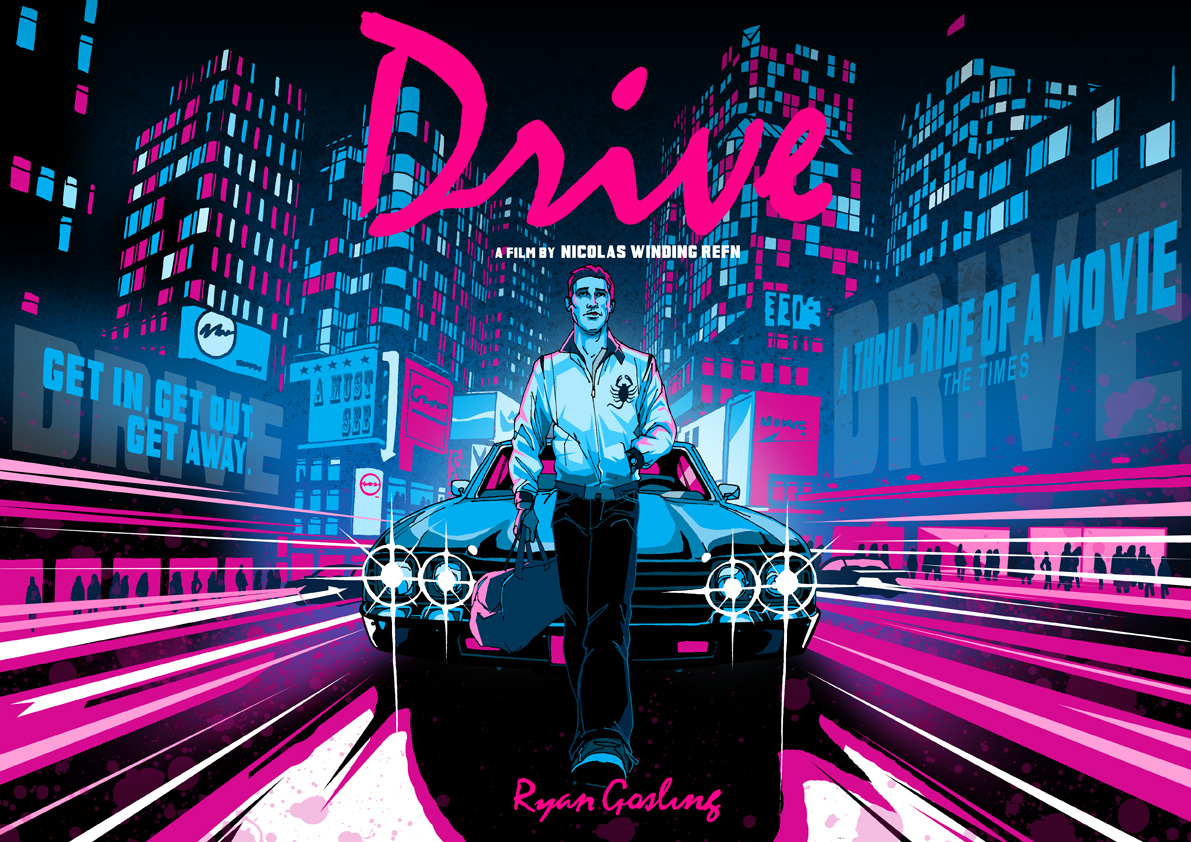 As a whole, the movies for the summer of 2011 haven’t been great. I mean we’ve had some good ones (Warrior, X-Men: First Class, etc.) and some that were terrible (Green Lantern and Transformers). As summer officially comes to an end for this year, we have one more movie to throw into the mix. I’m sure that everyone would like to end this summer movie period on a high note and the movie “Drive” is literally the last chance for that to happen.

“Drive” consists of a story that involves an unnamed Hollywood stunt driver played by Ryan Gosling. Not only is he a stunt driver, but he also maintains a job as a wheelman for people who need get away cars when they’re performing various forms of criminal activity. He doesn’t help or assist them in any way when they are performing their tasks. All he does is drive. He’s good at both of his jobs, but he soon gets into trouble after having a bunch of money fall into his lap while performing his duties as a wheelman.

“Drive” is basically a movie split into two separate parts. The first part is where they set the foundation for the movie. It’s basically Gosling’s unnamed character wooing the girl who lives next door to him and becoming close to her young son. This and him meeting Bernie Rose (Albert Brooks) helps to develop the backbone of the story.

Just about all of the action comes in the second part of the film. Once the action hits, it hits hard and almost never stops until the end credits roll. The action in “Drive” is good, fierce, and gruesome. I expected your normal Hollywood violence and ended up with a lot of blood, gore, and brutality. I don’t want to admit this, but I didn’t even realize it was rated R until they showed someone’s head being blown off. I didn’t mind the violence and the fact that I didn’t pay attention to the rating probably made it even better since I didn’t know what was coming.

A problem that I had with this movie was that at times it tried to be too stylish and artistic. I love the stylish and artistic approach to movies when it’s done correctly and in this movie they did get it right in some instances. The problem is that they seemed to overuse it and at times it was used where it simply didn’t belong. To me, that took away from the movie a little. In those spots where the style was unnecessary, the music that was playing in the background also helped in disrupting those scenes for me. There was just too much music in this movie. It was in almost every scene and that aggravates me whenever that happens in movies. When the artistic approach worked, it worked well and it was also obvious when it didn’t work that well.

This movie kind of reminds me of those 1980′s action movies to an extent. It’s heavily based on the action and does a good job of showing it. It had a few flaws, but it also had quite a few positives. It’s not a very deep movie and Gosling’s character could have had more personality, but I liked the movie regardless. Because of the exaggerated violence, some will like it even more than I did and some might like it less. It was hard, aggressive, and unmerciful. In the end, “Drive” was good.