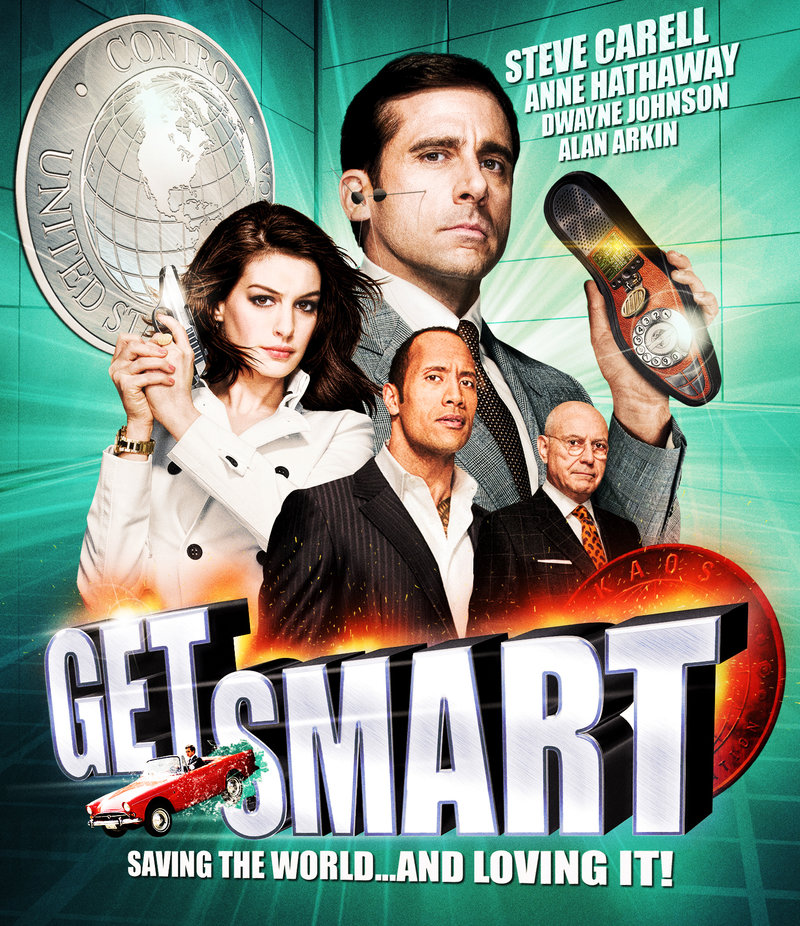 Maxwell Smart (Steve Carell) would love to be an high-risk spy rather than a mear data analyst at Control, a US spy agency.

His reports are so accurate that nobody bothers to read them, even though they are recognized by the Chief (Alan Arkin) to be brilliant. For that reason Smart doesn’t get his opportunity to do fieldwork, he is too valuable on the inside.

When Kaos attacks Control, and spies have been killed all over the world, Smart finally gets a chance to prove himself in the field. He has analysed the enemies so well that he knows exactly where to go in order to solve the case. He doesn’t have any field experience however, but still believes he is the greatest spy that can grace the earth. That’s why Number 99 is an important sidekick. She cleans up the mess agent Smart makes constantly and saves him out of problems he generates at every step. When you have agent Smart on your team, you don’t need enemies – do you?

Only two spies, other than Smart and 99 are still alive. They are Number 23 (Dwayne “The Rock” Johnson, who replaces Smart as the analyst, while really being a super-spy-field-agent, and Number 13 (Bill Murray) who is forced to hide in a tree while agents are being attacked worldwide. They need to beat the evil Siegfried (Terence Stamp), Shtarker (Ken Davitian), and Dalip (Dalip Singh Rhana).

There is an overflow of funny characters and situations in Get Smart, James Caan, Masi Oka and Patrick Warbutton have some hilarious moments by themselves.

I smiled through the whole film, and sometimes laughed, so I can easily recommend Get Smart as a fine comedy.

As you leave the theatre, you will probably forget the movie quickly, but that’s actually what happens when you watch good comedies. They just make time fly faster than ever, and make you feel comfortable and light. Steve Carrell seems to have formally replaced Jim Carrey as Hollywood’s funny man number one, and is doing an excellent job.

Technically, Get Smart is just as impressive as any James Bond movie, and is unusually thrilling, romantic and funny. It gets you into the gear with an ABBA sing during the opening, and never leaves you hanging.

When the project was in development in 1998, Jim Carrey was attached to star.

Maxwell Smart: Are you thinking what I’m thinking?

The Chief: I don’t know. Were you thinking, “Holy shit, holy shit, a sword fish almost went through my head”? If so, then yes.