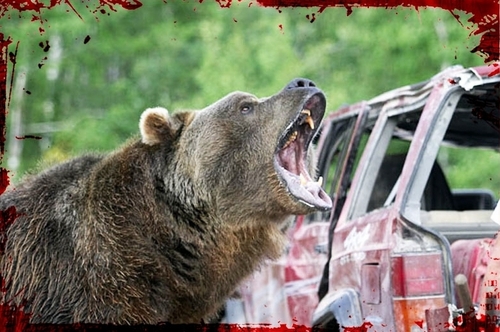 Movies are one of the most invigorating and magnificent sources of entertainment. Cinema is a great means to experience the larger than life grandeur and unimaginable moments which we can seldom feel in our real lives. Whenever one gets bored then the movies are the best companion. It’s the finest method to amuse and entertain oneself with sheer delight. The young and the old, everybody is enticed by the movies. The films come in various genres catering to different tastes of the audiences. You would find mellowed and heart touching romantic stories, interesting science fiction, super natural fantasy movies and wonderful movies with social relevance. Everyone watches the movies that match their interest and preferences. While teenagers love romantic movies they also admire the high spirited and thriller packed action movies. The Action Movies are full of adventure and extravaganza. The best part of these movies is that they have wonderful & awe-inspiring moments that give spine-chilling experience to the users. There are various characters like Spiderman, Men-in-Black etc who have entertained the viewers with high adrenaline action.

The youths especially admire the thrilling movies with amazing stunts and thrilling actions. If you feel bored by watching the same run on the mill stories that are overloaded with melodrama and the voluptuous characters that seem to be weary and lackluster, then try watching the awesome action-packed thriller movies. The adventurous young generation loves to watch the movies that have high-speed action with amazing stunts and fight sequences that have loads of action and thrill.

There have been a number of illustrative movies that have won great accolades and immense commends by both the critics and the viewers. The Matrix is one such movie that has depicted the wonderful fight sequences in an exceptionally unique manner. This movie has wonderful characters and amazing style which has been lately copied in a number of movies and tele-series later across the world. The movie has won many awards and recognition worldwide. It has also grabbed the prestigious Academy award for the best sound, best editing, and best visual effects. This movie showcased wonderful plots and awesome scenes that have become ageless marvels for the cinema.

Another action-packed film that received more than ten academy award nominations and grabbed seven out of them is the Lawrence of Arabia. It got awards for the best film, best music and best director etc. David Leans directed this awesome movie that had superb drama sequences packed with action, scintillating cast and wonderful storyline. The film had some of the finest performances of cinema with the breathtaking plots and mesmerizing scenes. The story of a British lieutenant really touched hearts of the viewers.

The Star Wars Trilogy is another magnificent film that has been immensely successful. It had some awe-inspiring moments filled with great special effects and wonderful graphics. The movie was extremely wonderful and won many recognitions and rewards worldwide. The movie has wonderful characters like Captain Han Solo, Luke Skywalker and Princess Leia.

Another movie that is considered as one of the most popular Action Movies is The Lord of the Rings. This movie showcases the adventures and perils of the unrealistic world where amazing characters and dangerous situations create moments of awe and shock. The film has some of the best performances and astounding star cast. Created with a whopping $ 280 million budget, this movie is a fantastic work of art. The movie lovers consider this film as the most awe-inspiring and scintillating films of all times.

The films which are based on the backdrop of the New York City include Morning Glory, The French Connection, Falling in Love etc. These movies also depict great action sequences. The 300 is an impeccable piece of work in terms of wonderful action and astounding special effects. This film is really worth watching time and again. It is based in the much popular novel by Frank Miller.

Users can easily find the latest action movies on the various online portals at amazing costs.