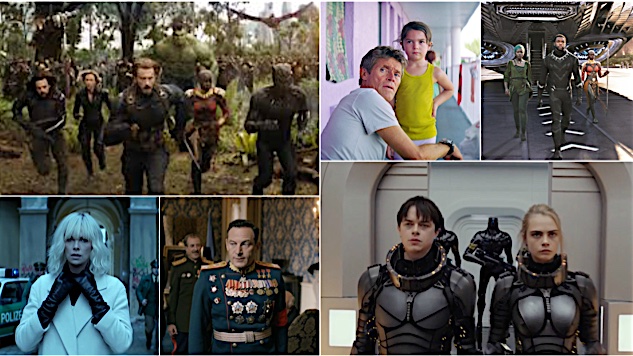 Film is one of the most widely recognized aspects of visual communication in modern society. But everyone knows that one of the most exciting parts of going to see a new movie out in theaters is watching the trailers that play before the feature film starts. Trailers for upcoming movies are always exciting, fresh and awe-inspiring, and it is a lot of fun to predict how good a movie will be based on its trailer, or to keep track of how many movies you actually want to see out of all the trailers that played. Movie trailers are a lot of fun in general, but more importantly, they play a vital role in the marketing and promotion of a film. Needless to say, designing a trailer is an artful process, and one that is much harder then it looks. Here are some tips on putting together a great trailer from visual communication experts who know what they’re talking about!

A movie trailer is basically a viewer’s invitation to come out and see your movie. The first step to a great trailer is making sure the plans for it are written into the entire film’s budget. If you are using footage that you have already shot and just re-editing it for the trailer then it shouldn’t be terribly expensive. However, if you are planning on shooting new footage specifically for the trailer, you must make sure you have enough money for it.

You must find a specific balance when selecting the footage that goes into your movie trailer. On one hand, you want to show all of the exciting stuff that happens, and give people many reasons to see the movie. At the same time, you don’t want to give away the entire plot, and leave people with the feeling that they don’t need to pay to go see your movie because they’ve already seen all the worthwhile parts in the trailer. If you have any doubt whether or not you should include a clip, it means you probably should. Remember the most important part (if you’re trying to make money off of your movie) is to entice people into coming in the first place, even if you give a little bit of the plot away in the process. Hopefully your movie will be so good that it won’t matter.

Once you’ve selected some good footage for the trailer, you have to choose which quotes to include. Make sure you add poignant dialogue that will add to the overall feeling you are trying to achieve in your trailer. Also, you can select some sort of phrase to attach to your movie as a tag line. Make sure this phrase is catchy, so it will stick in people’s heads and they will keep thinking about the upcoming film, long after the trailer is over.

Lastly, you have to add music to your film’s trailer. If the movie already has an original score or a theme song, then this task is rather easy. Just add music that serves every other purpose that has been previously discussed. It is important to make your trailer stand out, but not to make it stand out too far apart from the movie itself.