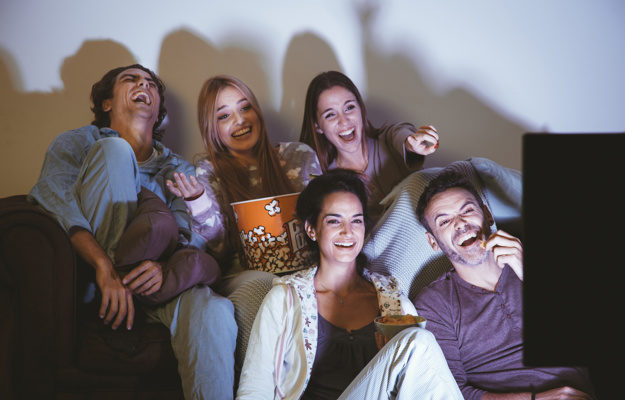 Many may have differing opinions on what constitutes the best comedy movies ever. Although many have proven to be greatly amusing with an equally entertaining cast, the storyline is the element to impart the essence of comedy. Not every actor is born to be a comedian. This is a fact often seen and regretted by many an innocent audience, subjected to a mistimed actor trying to deliver great lines. Drawing certain similarities to a circus clown, just because he has a smile painted on his face, it does not mean he is smiling. More often than not, clowns are found to be extremely sad individuals, some suffering from depressions.

Since a movie is rarely a monologue, the chemistry between the cast is an important ingredient. If the main characters do not ignite the required spark, may it be romance or hate, the comedy between them is lost. Not surprisingly, the best comedy movies revolve around everyday issues which can be serious in nature. Some address unemployment and financial crises, with radical steps taken to alleviate this challenge thus creating the comedic angle. Others have a darker underlying component such as horror and war whereby black humor or dark comedy is injected at appropriate moments. Extra-terrestrial movies dealing with alien abductions and visits are many for the pickings. Whether they sport little green men in space suits with giant heads in fishbowls, they are bound to draw out a guffaw or two. Spoofs make great selections to tickle the funny bone as talented producers exploit the original elements to produce the funny side of things. Not forgetting the movies of old, it is justifiable to give accord to the silent movies. Despite the lack of dialogue, the audience never fails to comprehend the gist of the scene as the actors’ facial expressions and accompanying musical interludes speak a thousand words. This seals the chemistry between the cast and viewers.

As a famous comedian once said, the two most unpredictable elements to work on live television with are children and animals. Since movies are made in a more controlled environment, these two groups often steal the limelight from adult actors as their innocence and spontaneity is without comparison.