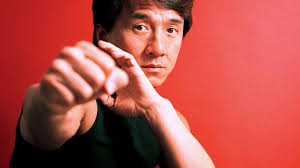 Who doesn’t know the great Martial artist Jackie Chan who has bestowed us all with his great action as well as comedy movies. Here is the Jackie Chan Movie list I’ve prepared for all the readers.

1. Project A
Fighting against pirates in “old Hong Kong”. Chinese costume drama with plenty of over-the-top tongue in cheek action and music.

2. Police Story
A virtuous HOng Kong Police offiser must clear his good name when the drug lords he is after frame him for the murder of a dirty cop.

3. The Legend of Drunken Master
A young martial artist is caught between respecting his pacifist father’s wishes or stopping a group of disrespectful foreigners from stealing precious artifacts.

4. Dragons Forever
Three successful Hong Kong lawyers are hired by a chemical company of questionable ethics and must eventually make a difficult decision when their employwer’s motives become clear.

5.Police Story 2
The Hong Kong super-cop must stop a group of blackmailing bombers at the same time that the villains of the first Police Story are out for revenge.

6. Armour of God
Jackie Chan and his bumbling sidekick are sent on a quest through Europe to find a mysterious treasure held by a shadowy organization of monks.

7. Project A 2
Dragon is now transferred to be the police head of Sai Wan district, and has to contend with a gangster kingpin, anti-Manchu revolutionaries, some runaway pirates, Manchu Loyalists and a corrupt police superintendent.

8.Snake in the Eagle’s shadow
Jackie Chan is a boy who is used as a janitor at his kung-fu school. Jacke Chan can’t fight and is always getting bullied by the teachers and pupils.

9. Supercop
A Hong Kong detective teams up with his female Red Chinese counterpart to stop a Chinese drug czar.

11.Rumble in the Bronx
A young man visiting and helping his uncle in New York City finds himself forced to fight a street gang and the mob with his martial art skills.

12. Little Big Soldier
An old soldier kidnaps a young general of an enemy state and takes him on a long journey to collect the reward.

13. Shanghai Noon
Jackie Chan plays a chinese man who travels to the Wild West to rescue a kidnapped princess. After teaming up with a train robber, the unlikely duo takes on a Chinese traitor and his corrupt boss.