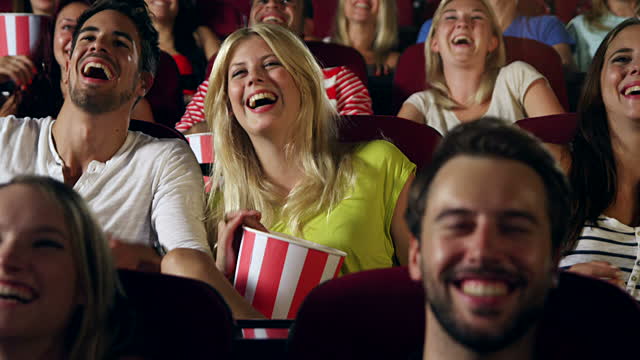 Opinions about vary and about what is really funny probably more than any other genre. What is funny to one person is not going to be funny to someone else. In the history of the Academy Awards, which now is about 85 years only one comedy Annie Hall in 1977 has won best picture. There is no doubt about it, Annie Hall is the best comedy movie ever made, perfect throughout and every laugh has a big payoff.

Woody Allen has made many more great movies and another standout is Manhattan which came out in 1979 and was made in black and white.

The only other great comedy movie that has been made in the last 50 years is When Harry Met Sally by Nora Ephron, which came out in 1989. This movie was also flawlessly funny and perfect throughout. As a matter of fact, Annie Hall and When Harry Met Sally are the only two movies I have on my iPad. There was never a movie that Meg Ryan ever made where she was more pretty and radiant and is a big shame that her career has never reached those heights again.

So why are these 2 movies the best ever? In one word..TIMING. Comedy is all about perfect timing and both of these movies have perfect timing without a doubt. On top of this there is never a dull moment in each movie. The kiss of death for any comedy movie would be any stretch where the story is not movie forward or dragging on and perhaps this is the hardest thing to master in a comedy when it is vital to keep the viewers attention.

My favorite scene in Annie Hall is probably where Woody’s character sneezes and blows the cocaine all over the room and in When Harry Met Sally, certainly the orgasm scene in the deli with Sally was very funny but my very favorite scene is early in the movie where Sally tells Harry that they don’t make a day of the week underwear for Sunday because of God. Harry’s expression upon hearing this explanation was priceless.

Are there any movies at this level in the last 50 years as far as a comedy? Not in my opinion. Every other comedy I have enjoyed are a very distant second. I am still waiting for another movie at the level of Annie Hall from Woody Allen and unfortunately, Nora Ephron passed away some years ago.

The only other movie I thought at the time could have been at the level of comedy quality of both Annie Hall and when Harry Met Sally was the movie “Office Space”, which came out in 1999. This movie captured the nightmare of working for a political company perfectly, which I unfortunately had first hand experience with myself.