What if you could watch all your favorite movies and TV shows from the comfort of your home – whenever you wanted to watch them. Wouldn’t that get your pixels firing on all cylinders?

Well, now you can!

Of course, this is nothing new, since one obvious way to do this is through your cable company which more than likely already offers On Demand movies and programs. However, there are many drawbacks to these cable services, with the cost being a major concern.

But forget cable services, that’s strictly old school. Right now we are entering the dawn of a new age in home entertainment — heralding the arrival of Multiplex TV.

Mainly because we are seeing the fusion of your TV and computer screen. The marriage of your TV screen with your computer screen is fast approaching, if it hasn’t already arrived. Probably eloped while you weren’t watching; but many smart consumers have already taken note and taken advantage of these two merging entertainment forces.

Although using the Internet as a vehicle to deliver high-quality entertainment to your TV screen is still in its infancy, there are quite a number of services and products out there which will allow viewers to gain access to streaming on-demand TV programs, movies and original online content via the web. These services will greatly expand the level of your home entertainment experience and enjoyment.

So the real question is where and how do I gain access to this vast and powerful online database of streaming media?

There are numerous services you can choose from and some of them are even free, while most are subscription based. Regardless, all will provide you with more than enough content for totally enjoying online streaming media from the comfort of your home.

Here, in my opinion, are the best options available right now and a few upcoming ones you should know about.

TVersity is a free program you can download for free from tversity.com. TVersity works by installing a media server on your PC that will transmit your media to anywhere you like. In conjunction with a gaming console such as PlayStation 3 or Xbox 360, TVersity will open up to you a wide variety of media from the internet. One of the main features that make TVersity so great is that it can convert your files into the correct format for easy streaming. This is very important because certain gaming consoles can only play certain file formats. TVersity eliminates any playback problems, no matter what type of media hub you’re using such as Wii, Xbox 360, PS3, iPhone, PSP, or others.

Vizio is planning to have their own Internet-enabled high-definition TV set which is coming out in the Fall of 2009. The details are still in the works, but these Television sets should have the capability to connect to your home internet feed, through an Ethernet connection or a wireless signal, allowing you to access all the online content providers, such as Netflix, Amazon and Blockbuster. If these TV sets actually produce even half of what they are promising, it may be a worthwhile investment and you should hold out until they are released if buying a TV is high on your list of things to do.

3. LG’s NetCast Entertainment Access HDTV (Coming in May and June 2009)

This spring LG is introducing a Television set that has their NetCast Entertainment Access function built in. Perhaps, seeing the potential Blu-ray players have with streaming capability, LG has opted to do away with the box altogether. There will be four internet-enabled TV sets: the 42LH50 and 47LH50 LCD TVs and the 50PS80 and 60PS80 plasmas. All the television sets will allow access to Netflix, CinemaNow and YouTube; eliminating the need for alternative devices by gaining access through an Ethernet connection.

Media Mall is a third-party software that lets you watch Netflix, YouTube, Hulu, CBS, CNN, ESPN and more on your TV. Basically, it enhances the streaming functions of your video game console. You can run the program on your Windows PC and this allows your gaming console to access streaming data via your computer, to be displayed on your TV set. Isn’t technology wonderful?

The Xbox 360 and PlayStation 3 are not just gaming consoles, they also have the ability to be full featured media centers. For example, Xbox 360 is capable of supporting Netflix streaming and Xbox Live MarketPlace allows for the purchasing of movies or TV shows. PlayStation 3 has a similar feature, the PlayStation Network Store, which you can download video content to the internal hard drive for viewing. Plus, by adding third-party software, your Xbox and PlayStation 3 can be made to support internet streaming from Hulu.com, Amazon On Demand and other such movie providers.

This LG Blu-ray player comes equipped with NetCast Entertainment Access. You can stream video from Netflix, YouTube and CinemaNow. (CinemaNow is similar to Amazon Video On Demand) The LG BD 370 will quickly become a main asset to anyone’s Home Entertainment Network.

The Samsung BD-P1600 and BD-P4600 allows for Netflix and Pandora instant streaming, you can also listen to great tunes or watch your favorite movies. They are both Profile 2.0 Blu-ray players, bringing you great high-definition quality from using Blu-ray Discs. Connection to the internet is by an Ethernet port.

The Roku Digital Video Player is a very cheap way to bring streaming internet media to your Television set. It was released when Netflix launched its “Watch Instantly” program. You connect the player to your home network via an Ethernet cable and you can then select from a wide range of standard to high-definition connections to your television set. The Roku player supports Amazon On Demand as well, giving you another great choice on how to watch your movies. You will get more than 50,000 titles from Amazon Video On Demand and Netflix, with many available in HD.

Like Roku Digital Video Player, Vudu is a box you connect to your Television set giving you access to over 13,000 movies. Vudu can be a perfect addition to your home entertainment network. You can also listen to music from Pandora via Vudu Labs on your television set.

Netflix subscribers who have plans of $8.99 or more can take advantage of Netflix’s “Watch Instantly” program, giving them access to over 12,000 movies. You can access this program through your Windows PC, Intel-based Macs, or a number of other devices such as Roku Digital Video Player, LG BD 370 Blu-ray Player, Samsung BD-P1600 Blu-ray Player, and Samsung BD-p4600 Blu-ray play.

Amazon’s Video On Demand has a current catalog of more than 40,000 titles to choose from, including HD movies and TV shows which are available for watching in the comfort of your living room. You can either purchase or rent these movies/TV shows and prices range from around $14.99 to $2.99. It provides a convenient way for you to watch High-definition quality movies and TV shows on your TV, all without ever having to leave the house. Amazon Video On Demand in HD is currently available on the following compatible devices, the Roku Digital Video Player, TiVo S3, the Sony DMXNV1 Bravia Internet Video Link, and Panasonic VIERA Cast enabled HDTVs.

Together, NBC Universal and News Corp have produced Hulu.com which provides full-length, DVD quality internet streams of movies and TV shows for FREE. Of course you do have to deal with a few 15 to 30 seconds commercials every now and then, but the benefits will outweigh this inconvenience for many viewers.

As you can plainly see by the variety and number of different ways you can access streaming movies and TV shows via the Internet; home entertainment is definitely going through a major transition and everyone wants in on the action and potential profits. The ordinary viewer has a whole array of options and choices when it comes to choosing the system that will deliver their streaming videos, movies and TV programs. It makes for a perfect marriage, now lets bring on the honeymoon. 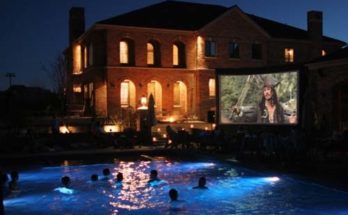