Most of the Indian directors always chooses comedy over other genres since comedy has a mass audience to watch. Thus, directors always earn better by making these movies. It doesn’t mean that making comedy movies is an easy task. If we look more closely, making comedy movies is one of the most difficult tasks at hand. You not only need good timing but a much humorous and quality content. Also how you’re delivering it matters.

“Khosla Ka Ghosla” is a comedy movie in which a common man Khosla’s land is illegally grabbed by a businessman named Khurana. Thus, in order to get back the land- Khosla’s son cherry with his friends and relatives makes a brilliant plan to fool Khurana. What different tricks they play with Khurana is worth watching. Anupam Kher has a natural acting talent and Ranvir Shorey gives his 100% in every movie he acts.

“Phir Hera Pheri” is one of my best most hilarious movies in which the three lead characters Raju, Shyam and Babu Rao got cheated by a con artist when they were in debt under some gangsters. Thus, in order to repay the amount to those gangsters, they discover a way which leads them to hilarious consequences. The comic timing of Akshay Kumar is so good that you end up admiring him. Sunil Shetty and Paresh Rawal are also quite good.

A happy go lucky tax inspector named Bhushan accidentally wins a lottery of 25 lakhs and got a chance to have his holidays on a cruise liner. There, he meets a businessman- Ajit Talwar who is evading an income tax raid from another tax officer Shekharan. Bhushan is got to be Shekharan’s friend. Now what happens when they all meet, leads them to an isolated island with comical consequences is worth watching.

The story revolves around the three main characters named Rancho, Raju, and Farhan who meets in an engineering college. All the scenes that are filmed in the college campus are quite hilarious and you can’t stop imagining yourself in that situation. Besides its comical plot, the film also states the fact that “you should do what you love” instead of what others are telling you to do. One famous dialogue from the movie that became popular is “Success ke piche mat bhago. Kabil bano kabil. Kamyabi toh sali jhak maar ke peeche ayegi”.

It is one of the best satirical comedy by Subhash Kapoor. “Phas Gaye Re Obama” is a story in which a bankrupt NRI comes back to India in order to sell his hereditary house. Considering him a rich NRI, an underworld gang kidnaps him for some ransom. Now, he gets out of the gang and earns money is the entire plot of the movie. Worth Watching.

“Do Dooni Chaar” is a story of a middle-class “Duggal” family who wants to raise their living. Rishi Kapoor who is a school teacher in the film finds different ways to do so. What opportunities knock on their door and how they make the most of it is quite amusing. Every middle-class family can totally relate to this movie.

This is one of my all-time favorite movie that ever exists in Bollywood. “Delhi-belly” is a story of three strugglers Tashi, Nitin and Arup who are roommates. The plot and screenplay of the movie are so hilarious and commendable that you can’s stop laughing. Also, Aamir Khan has a cameo appearance in one song of the movie.

It is one of the must-watch Hindi comedy movies. “PK” is a story of an alien on earth who loses his only device by which he can communicate with his planet. His innocence and learning attitude towards cultures of India made everyone to evaluate the true meaning of their religion. Rajkumar Hirani has made this movie so beautiful and meaningful without hurting the sentiments of the people.

Three friends Anshul, Siddharth and whosoever realize the dark side of love after getting into relationships. They are sandwiched between their work and their love. The harsh realities of love depicted in the movie by Luv Ranjan are so real and Hilarious.

You should watch this movie if you are a hardcore “Ranveer Singh” fan. It is comedy story like any other in Bollywood but the acting and comic timing of Ranveer is worth watching and admiring. Thi movie didn’t do well on box office but a complete “Paisa Vasool”.

This story depicts a love triangle between three main characters Bitti, Chirag and Pritam Vidrohi. Rajkumar Rao aka Pritam Vidrohi has taken all the limelight because of his extraordinary acting skills and comic timing in the movie. His transformation in the movie from an innocent underdog into a rowdy man is simply amazing. I guarantee you after watching this movie, you’ll become a “Rajkumar Rao” fan.

It is a story of a middle-class man and his struggles; monthly EMIs, limited salary, sales pressure and a lying wife having an extramarital affair. Money and the need of it make you do crazy things, that’s what it portrays. There is no surprise that most of the crimes happen due to normal situations turning uncontrollable. A hilariously intelligent movie. 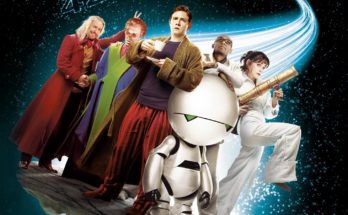