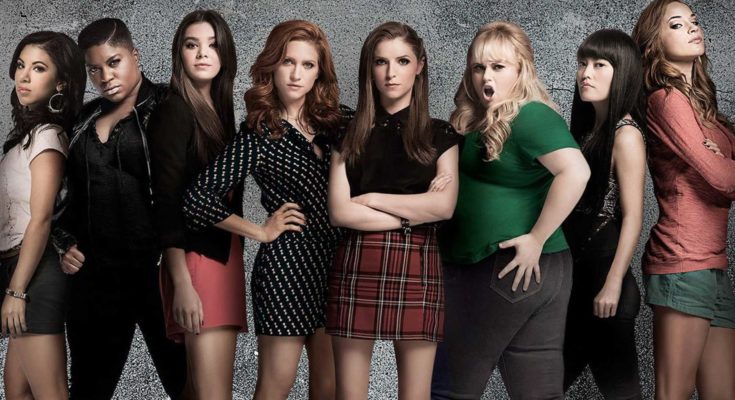 “Pitch Perfect” is a musical comedy film that was released in the United States on Sept. 28, 2012. It was directed by Jason Moore and produced by Elizabeth Banks, Paul Brooks, and Max Handelman. The screenplay for “Pitch Perfect” was written by Kay Cannon and is loosely based on the nonfiction novel of the same name by Mickey Rapkin. The ensemble cast includes the following stars:

The primary story in the film follows The Barden Bellas, an a cappella group from an all-girl college. Beca Mitchell (Anna Kendrick) is a freshman who has just arrived at Barden University. Instead of taking classes, she begins working at the college radio station, until her father (John Benjamin Hickey), a professor at the university, persuades Beca to join the Barden Bellas, which is led by Chloe Beale (Brittany Snow) and Aubrey Posen (Anna Camp). Other members of this group include Cynthia-Rose (Ester Dean), Stacie Conrad (Alexis Knapp), Lilly Onakuramara (Hana Mae Lee), and Fat Amy (Rebel Wilson).

Aubrey wants to use the same set list that the Bellas always used, while Beca and the other girls want to sing original songs. Beca also begins seeing Jesse Swanson (Skylark Astin), who is a member of the Treblemakers. As this group is the Bellas’ main rival, Aubrey tells the girls they will have to leave the Bellas if they have sexual contact with any of the Treblemakers.

The Bellas place second in the regional competition with the old set list, which qualifies them for the semifinals. When Beca breaks a window by accident, she is arrested by the police. Jesse tries to get Beca’s father to bail her out, which angers Beca. On the way to the semifinals, the Bellas run out of gas and have to get a ride from the Treblemakers.

The basic plot in “Pitch Perfect” is the premise of an unconventional heroine attempting to overcome the traditions of an institution. However, this musical comedy is an uplifting film that reaches beyond this traditional premise. Improv comedian Kay Cannon uses the character of Beca as her brazen alter ego, who relies heavily on improvisation in her singing and dancing performance. Beca is initially reluctant to join the Bellas, because she is more comfortable with mixing music alone. Her free spirit is bound to clash with the neurotic Aubrey, who is so over controlled that she vomits onstage.

Director Jason Moore’s experience with Broadway plays such as “Avenue Q” is apparent in his ability to sell musical numbers to an audience. Ed Boyer and Deke Sharon are well-known arrangers of a cappella music and served as musical directors for “Pitch Perfect.” Musical choreographer Aakoman Jones also sets the tone for this musical as exquisite hyperbole that is too emotionally pure to become camp.

The cinematography intentionally shows the dramatic physical differences between the members of the Bellas and the bikini-ready bodies of their competitors. Rebel Wilson provides one of the standout performances in the film in her role as Fat Amy. Her openness in this role is reminiscent to a similar character she played in the 2011 comedy “Bridesmaids.”

The soundtrack in “Pitch Perfect” will have the audience humming along to tunes such as “Don’t Stop the Music,” “Titanium,” and “Party in the USA.” Cast member Ester Dean is a professional songwriter who wrote “S&M” for pop star Rihanna. Dean also sings part of this song in the film. Bumper (Adam Devine) also sparkles as the completely self-centered leader of the rival Treblemakers. 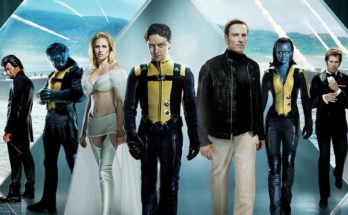