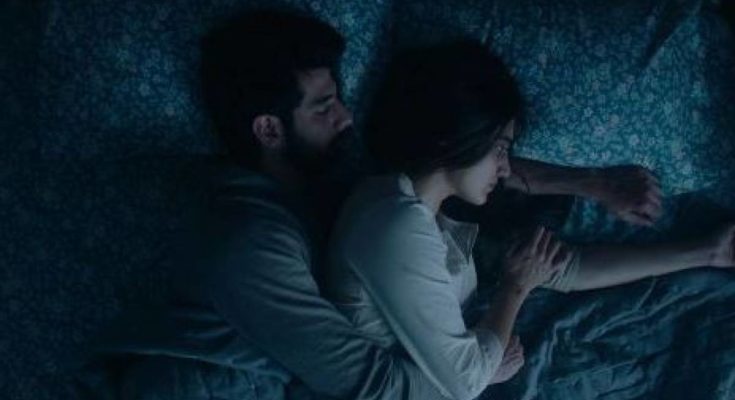 After presenting two well-crafted socially relevant Hindi films ‘Mulk‘ (2018) and ‘Article 15‘ (2019) filmmaker Anubhav Sinha has given to us one more realistic cracker of a family drama ‘Thappad‘ which translates to ‘a slap’. The movie centres on a slap administered by a ‘loving’ husband Vikram played by Pavail Gulati to his dutiful but self-respecting wife Amrita played by Taapsee Pannu. Although based on this protagonist couple the movie also delves into the lives and times of several other couples ranging from a housemaid, continuously abused and brutalized by her husband for all her domestic labor and also earnings, to the lawyer-wife of a ‘khandani'(dynastic) family, constantly advised by her business-tycoon husband to capitalize on the family name and her hard work and efforts being nuanced with a businesslike élan. Director Sinha also adds the charms of the film by his keen eye for details and subtleties involved in domestic matters. To the credit of this movie it must be said that in its span of two hours and twenty-one minutes there seems to be not a single idle moment with every frame getting justified for the evocative story-telling except for the unnecessary background songs and perhaps the goody-goody implications at the end.

The movie has absolutely well-defined characters, tremendously anchored by astounding performances from all of the actors: Pavail as the self-righteous husband who cites the unusual circumstances and ‘only the first time’ rather than feeling or saying sorry; his mother played by Tanvi Azmi, who, away from an estranged husband, lives with his son and despite her sympathies with her daughter-in-law fails yet to blame his son for the act; Taapsee’s father played by Kumud Mishra feels for his daughter giving her all his backing and yet fails to justify himself at his wife’s subtle charges in hindsight; Taapsee’s mother played by Ratna Pathak Shah owes her conservative impulses to the prevailing patriarchal values and while entirely by his daughter’s side yet fails to advise her take effective measures; the brutalized-but-jovial housemaid played by Geetika Vidya works as one of the family of her masters’ and goes on relating her conjugal state to that of Taapsee’s, getting profoundly affected in the process; Taapsee’s brother played by Ankur Rathee and his wife played by Naina Grewal juxtapose their involvement in the slap-aftermath with their own conjugal issues. Special mention has to be made to the towering-yet-subdued performance of Taapsee Pannu who has emerged as on one of the most powerful female actors of Bollywood in both off-beat and mainstream cinema.

Most of the scenes and dialogues used are strong, poignantly emotional and realistic. We won’t run through them or the story not to rob the viewers of the pleasure of watching. Several scenes and dialogues linger and remain with us: for example the parting scene of Amrita with her mother-in-law where she says that of course, she’s been much loved in the in-laws’ family, but as Vikram’s wife only, not as her-an independent person, an entity, and that no one in the family ever chose to put the blame on Vikram for his act. The mother-in-law tearfully bids her to keep in touch and keep on visiting.

The movie, in totality, thus manages to deliver a telling blow on the patriarchal Indian society and its much-touted institution of marriage. It’s been said that Thappad is inspired by another Taapsee movie ‘Pink‘ (2016) where the emphasis was on ‘No means No’ coming from a woman who is molested, and now in this film it epitomizes ‘Cannot do This-first time or any other time’ coming from a woman who is physically assaulted. Well, if it were an inspiration there’s nothing wrong in that, only good. In a country where more than half of the women faces domestic violence at sometime or other this movie is timely, thought-provoking and it delivers a powerful message to the domineering males that they have no right whatsoever to physically abuse their better halves. More of such feminist movies need to be made on a regular basis.

All wives must make it a point to take their husbands along to the theatres to watch this movie. The exclamation my wife made after leaving the theatre is set to remain with me, “Are such brilliantly realistic movies still made in this country?”