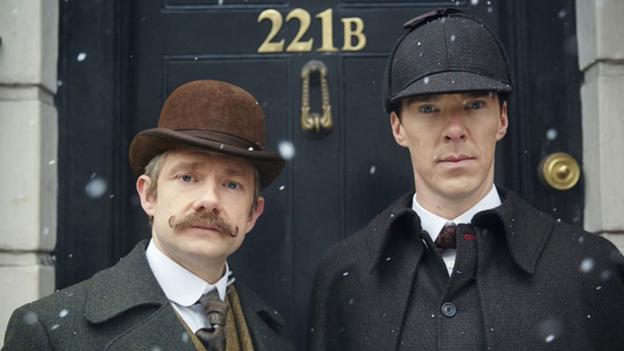 There are fictional detectives and there is the Sherlock Holmes. What is it about this characters that has driven people around the world crazy about him. It is difficult to explain in words why he is so fancied by people across the globe but the first thing that comes to my mind is his quick wit and impeccable deduction skills that makes Sherlock so irresistible.

Here is my top 3 list of what I love about the Sherlock Holmes Short Stories and Novels.

As a confirmed Sherlock Holmes fan, I can tell you that each of his 56 short stories and 4 novels are masterpieces in their own right. The author – Sir Arthur Conan Doyle has created a fictional character who went on to become a legend in his own right. He became so popular that people actually started sending letters addressed to 221B Baker Street (his address in the stories). No other fictional detective has received such a massive fan following as Sherlock Holmes has.

A collection of Sherlock Holmes stories has be a family heirloom that must be passed on from one generation to the other. I have my own collection. What about you?